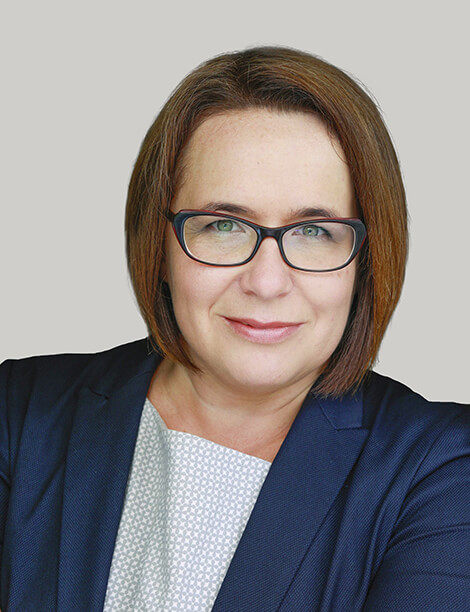 Beata is a lawyer and CSR expert. She specializes in human and business rights, with a particular focus on Poland and Great Britain.

Beata is a co-founder and CEO of the Polish Institute for Human Rights and Business. Since 2018, she has also served as a Coordinator of the Working Group on Workers within the Committee on Sustainable Development and CSR, an advisory body to the Polish Minister of Economic Development, Labor and Technology.

Beata was listed in the Responsible Business Forum “50 Women of Polish CSR Ranking of 2013” and as one of top 25 leaders in the field of just and sustainable development by Forbes Women in 2021.

Beata is a graduate of the Faculty of Law and Administration and the European Studies Program of the Adam Mickiewicz University in Poznań. She also holds an LL.M. in Human Rights and Intellectual Property Law (WIPO WA Fellow) from Raoul Wallenberg Institute of the Lund University and WIPO Worldwide Academy.

This website uses cookies to improve your experience while you navigate through the website. Out of these, the cookies that are categorized as necessary are stored on your browser as they are essential for the working of basic functionalities of the website. We also use third-party cookies that help us analyze and understand how you use this website. These cookies will be stored in your browser only with your consent. You also have the option to opt-out of these cookies. But opting out of some of these cookies may affect your browsing experience.
SAVE & ACCEPT